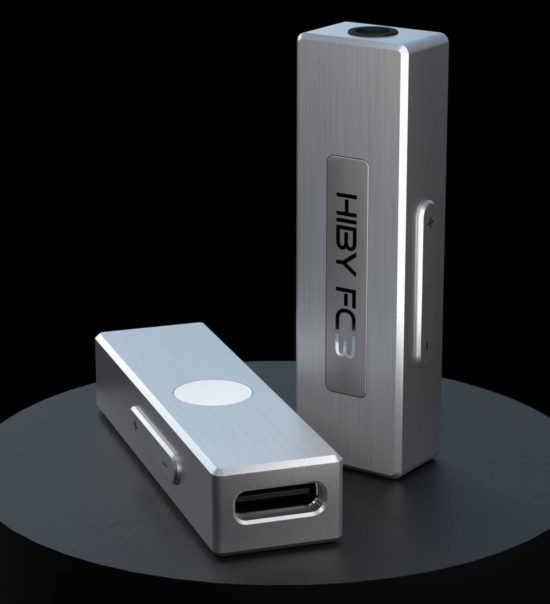 Every now and then an audio device comes along whose sonics are so good it deserves a little bit of hype – a miniHype, if you will. The HiBy FC3 is one such device.

The FC3 is a small, unobtrusive-looking dongle that works with a large range of smartphones, DAPs and computers. The FC3 comes with a tiny USB-C cable as well as a longer USB-C to USB-A cable for connections to PCs and laptops. The heart of the FC3 is an ES9281Pro DAC that has a relatively small power draw, and so shouldn’t significantly impact the battery life of your phone. The FC3 is plug-and-play on a Mac or on Windows 10 and draws all its power over the USB connection so doesn’t require charging. It has an impressively-low output impedance and it even has an ADC in it, supporting an external mic input and headset remote controls. It currently retails for around $69. At only $69, top-of-the-line, “summit-fi”, multi-thousand dollar DAPs must surely, sonically, leave this gadget in the dust, right? Actually, no. It’s the exact opposite.

The audio performance of the FC3 is, by a reasonable margin, the best we’ve yet found. The bottom line, for those that want to skip the details, is that on realistic test vectors (i.e., actual music playback), the FC3 outperforms every other device we’ve tested, including the most expensive Chord DACs.

The FC3 holds some additional surprises, which aren’t documented in its tiny user manual. Output power is a function of the headphone impedance at the instant when the complete connection (both headphone and USB-C) is first detected. This means one can force low- or high-power mode by initially connecting a lower (or higher) impedance headphone, respectively. The threshold for this switch is a fairly high 150 Ohm, and the FC3 needs both channels to exceed this impedance to invoke high-power mode. High-power mode gives a roughly 1.9 V output, but lower power mode still gives a hefty 1.3 V with a full-scale signal. Hence, driving a 32-Ohm load, high- and low-power modes generate approximately 100 mW and 50 mW, respectively, so HiBy’s quoted specification of up to 70 mW per channel into 32 Ohm seems perfectly reasonable, but would seem to require some cable-switching. Tests at 650 mV (high power mode, and far higher amplitude than our standard tests, but still providing some good headroom) show the device is still extremely accurate:

Either power mode is sufficient to cause hearing damage with sensitive IEMs, so some care needs to be taken when using the FC3.

Depending on how the FC3 is driven, one may or may not have two sets of volume controls to play with. Driven in bit-perfect mode from an app like Universal Audio Player Pro (UAPP), there are no software/digital volume controls on the Android source device, so output volume is controlled solely from the hardware buttons on the dongle. Beware – the FC3 remembers the last volume setting used, and if this was anywhere near maximum then output volume is going to be extremely loud. Software (digital) volume control via non-bit-perfect source apps simply reduces the bit depth which leads to very audible issues at low volumes. Therefore, to sound its best, the FC3 needs to be used with either bit-perfect playback, or a source device set to maximum volume, with the final output volume then controlled by the FC3 hardware buttons. (Again, be careful of the potential risk involved with switching back and forth between the FC3 and any built-in audio jack that may be at full volume.)

The differences between bit-perfect and non-bit-perfect playback are rather curious. Our tests have shown that the FC3 seems to be slightly more accurate with 48 kHz sample rates than with 44 kHz. Differences here are small, but apparently large-enough to more than compensate for any performance degradation of Android’s standard up-sampling of 44 kHz PCM. This is significant for users of certain LG V- and G-series smartphones, none of which have ever had proper support (outside of dedicated apps such as Neutron or UAPP) for native 44 kHz/16-bit PCM files. The FC3 allows you to stream from native third-party apps such as Qobuz or Tidal, and by setting the phone/source volume to maximum and then adjusting the volume on the FC3, any audible re-sampling artifacts are absent. Surprisingly, sonic performance is then even better than when driving standard 44 kHz through apps with bit-perfect support, such as UAPP. 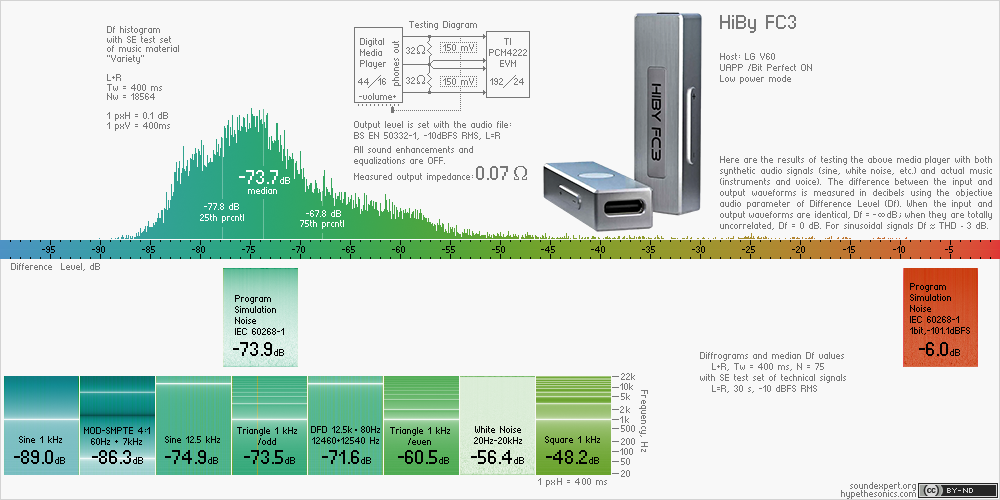 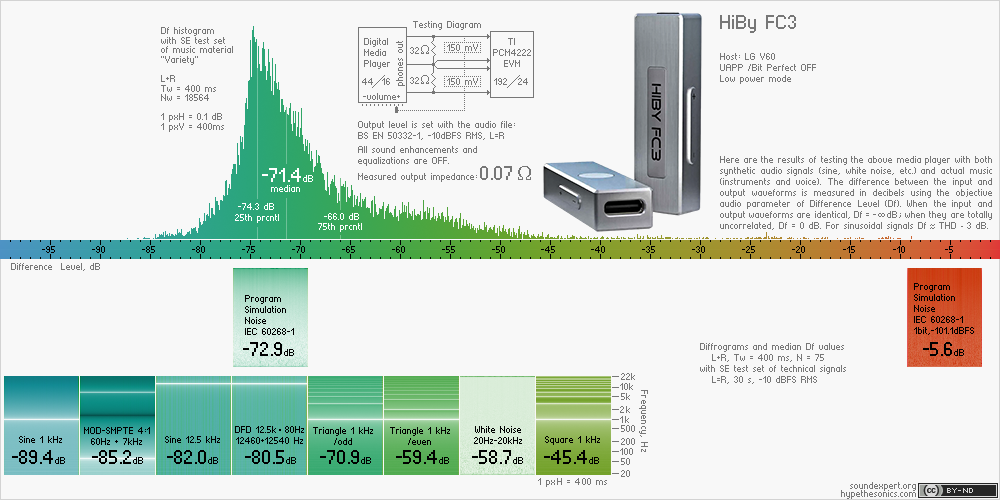 These provide an indication of the currently-playing source file type/sample rate. Its LED even glows purple for those who believe in MQA.

Love them or hate them – it seems that dongles are our future and as such there are a few small nuances to be aware of. If an app such as UAPP captures the external DAC for bit-perfect playback, it gets exclusive use of that DAC, such that switching to a different app (e.g. YouTube) will result in no audio output until UAPP is killed. This means operation isn’t quite as seamless as using the built-in DAC on a smartphone. Another issue we noted is the tendency for playback to start on the FC3 before its buffers are filled, resulting in one or two small stutters at the start of playback. Also, with only 30 steps, volume control may not be as fine-grained as some are used to.

The performance of the FC3 is simply jaw-dropping. If these results were widely understood and disseminated, the FC3 ought to up-end the entire audio market. Existing DAP manufacturers really need to go back to the drawing board and deliver audio quality that at least competes with the FC3.

Imagine a world in which consumers could, at almost negligible additional cost, be carrying around smartphones whose 3.5 mm audio-jack audio quality would all compete with, or even exceed, that of the best desktop-quality DACs. Already in 2021, the technology exists to achieve this. Instead, we live in a world where the headphone jack had to be sacrificed on the alter of Apple’s shareholder-profit, and where “top of the line” DAPs costing thousands of dollars more than the FC3 deliver inferior audio quality. This situation will only change if enough consumers demand it.